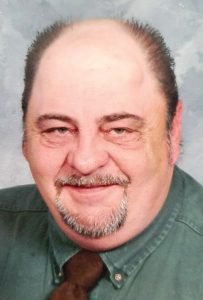 Francis Joseph Blaszczyk, Imlay City, (formerly Hale, MI) passed away at his home surrounded by family on April 4, 2021. Born June 22, 1948 to Frank and Martina Blaszczyk, Francis graduated from Dryden High School in 1966. After graduating, Francis enlisted in the U.S. Army and served in Vietnam. Upon his return, he married Linda (Harley) Blaszczyk on May 16, 1970.

After working on Linda’s parent’s dairy farm they later moved to Hale where they ran a local gas station/party store. While running the store Francis also drove school bus and later became a custodian for Hale Area Schools until his retirement. Francis and Linda had two children, Kimberly and Aaron. Francis had an undying love for his Detroit Tigers, Lions, U of M football, basketball and old western movies. He also enjoyed hunting and fishing.

He was preceded in death by his parents, Frank and Martina; wife, Linda; in-laws, Kenneth and Elaine Harley; and twin granddaughters, Paige and Hope Bryce.

Burial will take place at the Great Lakes National Cemetery in Holly, MI at a later date.