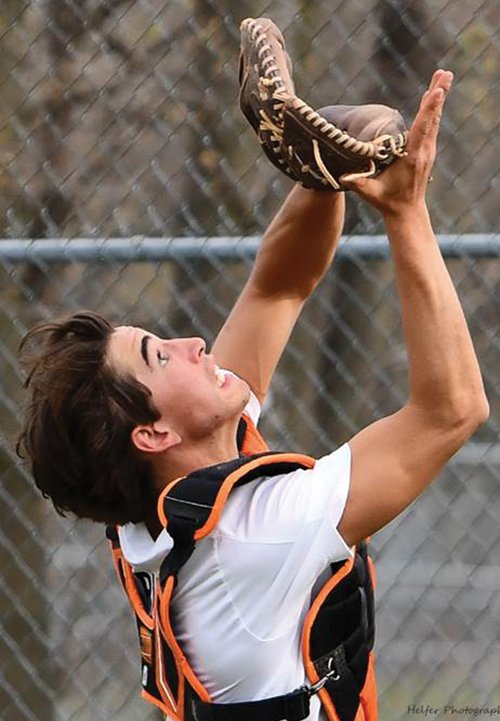 Almont catcher Landon Kruse looks to make the catch in a game at home.

In the opener, Almont pulled out a 7-6 victory over Davison.

Donovan Galovich (a single, a triple and three RBI) paced Almont’s offensive attack. Brandon Hunsaker (two singles and one RBI) notched a multiple-hit performance as well. They were backed by Nolan Idyle (a single and one RBI).

Reis Stine was the winning Almont pitcher. He allowed one hit and four runs over 1 1/3, while striking out three.

Idyle and Kyler Fisher entered the game out of Almont’s bullpen and helped close out the favorable outcome in relief roles.

Game two would see Almont drop a 6-2 verdict in a game that was shortened due to darkness.

Trenton Kruse and Galovich contributed one RBI each to Almont’s cause.