Spartans, Country Day battle to the finish in quarters, 45-40

Ortonville-Brandon High School is where the action unfolded.

With the decision, Detroit Country Day (15-2) advances to Wednesday’s semifinals at Van Andel Arena in Grand Rapids. There they will meet Newaygo (20-1) at 3 p.m. Imlay City watches an outstanding 15-4 season reach an endpoint. 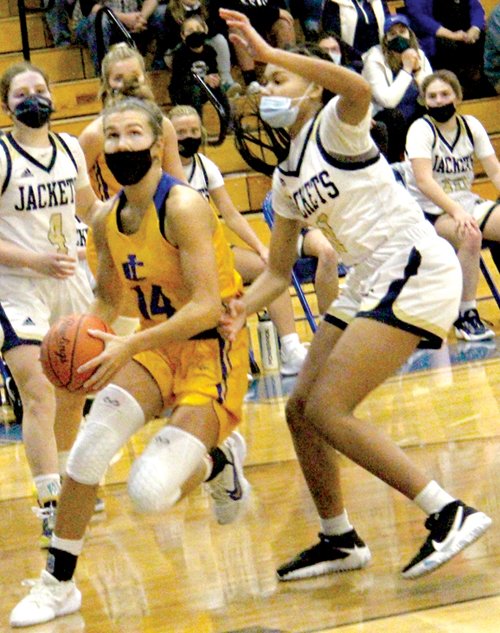 “We had an outstanding season winning our first regional and continuing on our journey,” Imlay City Coach Heather Lauwers said. “We surely appreciate all of the support that the community had given us as it assisted our team with the motivation to get where we wanted to be,” she noted.

“I would like to thank seniors Abigail Thibodeau, Kayla Rossen and Madison Ross for all the hard work they have put in to this program. Our returners are anxiously awaiting the start of another season.”

She said her ballclub will look back on the 2021 season with fond memories.

“We did not want to end the season last night but who would,” Lauwers said. “Our team will look back on the difficulties we overcame and the uncertainty of being able to play gave us thanks to our ending,” she noted.

“The girls battled hard and just came up short on some shots. I believe that our girls continued this focus from tryouts and all the way to the end from their commitment to individual workouts, zoom workouts and following the regulations during the pandemic. We look forward to beginning our postseason preparation for the 2021-22 season.”

The next quarter would see Detroit Country Day establish some much-needed breathing room. Thanks to a 17-9 advantage there, they increased their cushion to 35-25 with 24 minutes gone.

However, that would prove as close as they got. Detroit Country Day responded to the challenge presented them with a 3-0 run over the next minute-plus, finishing off a hard fought 45-40 win.

Imlay City had five other players reach the scoring column. Their ranks consisted of Lily Lengemann (a pair of trifectas), Rossen (four), Jaya Forti and Ana Lengemann (two each) along with Thibodeau (one).