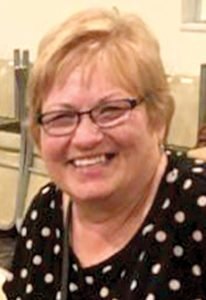 Linda Dean, 71, of Imlay City, MI died Thursday, March 18, 2021 at her home in Imlay City, MI. Linda Lou Klein was born May 14, 1949 in Brown City, MI. She was the daughter of Mathew “Max” and June (Summers) Klein. Linda grew up in the Allenton and Almont areas. She was a graduate of Almont High School, Class of 1967. She has lived in Imlay City since 1973. Linda retired in 2017 from L & L Products in Romeo after working there for many years as a quality control inspector. Linda has lived with her fiancé, Ron Baker, here in Imlay City for 10-plus years. Linda enjoyed her flower gardens, playing cards, and playing with her puppy Bubba.

Those wishing to make memorial contributions may direct them to either the D.A.V. (Disabled American Veterans) or to St. Jude’s Children’s Research Hospital.

Please be sure to sign the online register book at muirbrothersfh.com to share your memories and condolences with the Dean family.