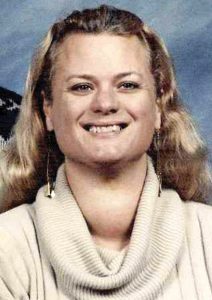 Dorothy Gunn, 64, of Capac, MI died Sunday, March 28, 2021 at her home, surrounded by her loving family. Dorothy Louise Ettema was born January 15, 1957 in Lapeer, MI. She was the daughter of the late Willem and the late Wilma (Wielsma) Ettema. Dorothy grew up in Imlay City. She was a graduate of Imlay City High School, Class of 1975. Dorothy continued her education at Calvin College. She married Kevin Bruce Gunn on November 5, 1988 in Imlay City, Michigan. Dorothy was preceded in death by her husband, Kevin, in 2019.

She was employed as a secretary and chiropractic assistant by Dr. Michael Warnars Chiropractic Center in Imlay City, for 25-plus years. Dorothy was a member of Imlay City Christian Reformed Church. She was the organist at several churches; Imlay City Christian Reformed Church, First Congregational Church in Almont and Orchard Community Church in Romeo, MI. Dorothy also sang in several musical groups.

Dorothy was preceded in death by her husband, Kevin Gunn; and her parents, Bill and Wilma Ettema.

Due to recent health concerns of the COVID-19 pandemic, social distancing (six feet apart), masks (to be worn at all times), and limited occupation will be enforced.

The family will be available for visitation 11-2 p.m., Saturday, April 3 at Imlay City Christian Reformed Church.

Please be sure to sign the online register at muirbrothersfh.com to share condolences and memories with the Gunn and Ettema families.