Police respond to shooting outside house 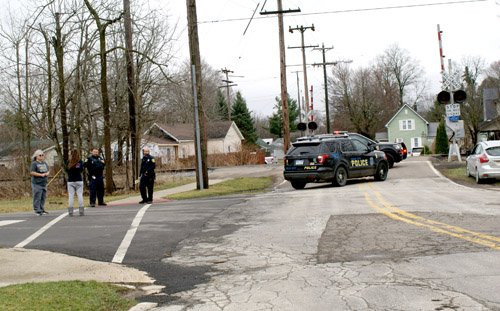 IMLAY CITY — Imlay City Police responded at around 10:40 a.m. on Friday (March 26) to a report of shots being fired at a location in the 300 block of  Second Street.

Police Chief Scott Pike reported that a verbal dispute had occurred outside the residence between the resident and one of the two males in a vehicle.

Pike reported that at some point, one of the men in the vehicle fired shots either in the air or at the resident’s house.

He said investigating officers found four shell casings on the ground, but it was uncertain if any of the bullets struck the house.

Pike said the shooter and resident knew one another and that there had been “bad blood” between them.

After the shots were fired, the approximately 45-year-old shooter and his male passenger left the scene in a 4-door, two-toned (black or dark grey) Ford 150, with blacked-out windows and a ladder in the rear of the truck.

Witnesses said the suspects fled northbound on Hadley Street to Fourth Street, where they proceeded in an unknown direction.

Pike said no one was injured in the altercation and the incident remains under investigation by Imlay City Police.