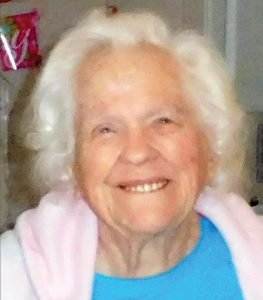 Anna Bissett, age 90, of New Baltimore, MI, formerly of Imlay City, died Thursday, March 18, 2021 at her daughter’s home in New Baltimore, MI. Anna Elizabeth Bissett was born January 4, 1931 in North Branch, MI. She was the daughter of the late Edward and the late Anna (Bauer) Schalau. She married Rowland Bissett, Sr. on February 5, 1949 in Imlay City, MI. She was preceded in death by her husband, Rowland, in 1986.

Please be sure to sign the online register book at muirbrothersfh.com to share your memories and condolences with the Bissett family.