On Thursday, the school announced the 59-year-old diesel technology instructor had passed away from COVID-19. 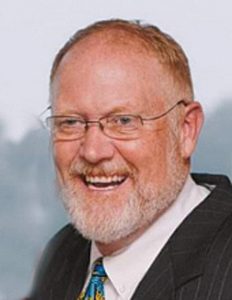 Supt. Dr. Dale Moore described Bammer as a willing mentor to both students and co-workers who liked to lend a hand wherever he could.

“I always enjoyed when Mike came into my office because he was one of the most intelligent men I have ever known. He could solve any problem and if it wasn’t a solution he offered it was ideas to help solve the problem,” Moore said.

One of Moore’s favorite photos of Bammer shows him consulting with a student at a SquareOne Education competition where students built and raced an electric car at M-City in Ann Arbor.

For several years he took a team of students to the North American Shell Eco Marathon Challenge, a fuel economy contest, where they built and competed with a street-ready miniature vehicle in the diesel competition against teams from North and South America.

“Our car got third place in the division the first year with a fuel economy over 120 miles per gallon. I thought one of the neatest experiences that year was that the University of Michigan team was set up in ‘Pit Row’ right next to our students and they were asking for tools and advice from our team members,” Moore recalled.

“Mike cared about all of his students and gave them opportunities they wouldn’t have had otherwise.”

That care extended beyond the classroom too when Bammer encouraged students to take advantage of some great scholarship programs. In the last decade, at least six of Bammer’s diesel tech students applied for and were awarded scholarships through Caterpillar. Only five students are chosen each year. Those who are accepted receive training from Caterpillar, complete an internship with them and are promised a job with the company when the training is complete.

“Mike was proud of each of these students and was honored that they were selected,” Moore said.

“Mike Bammer was my saving grace my first year at Ed-Tech. Without him as my mentor, I would’ve never made it though my first year. Mike and I worked together during the summer too during the go cart camps,” Thomas said.

“His mechanical ability and knowledge was overwhelming. He left a void in me and at Lapeer Ed Tech that will never be able to be filled. His sense of humor, his laugh, and his companionship is irreplaceable.”

Bammer began his career at the Ed Tech Center as the program’s paraprofessional, serving in that role for six years. He’s been the diesel tech/ag mechanics instructor for the last 22 years.

Funeral services were held on Monday, March 15. According to his obituary from Muir Brothers Funeral Home in Lapeer, Bammer is survived by his wife, three children and
their spouses, one granddaughter and a brother.

In lieu of flowers, memorial contributions may be made to the Ed-Tech Shell Eco Marathon Program. Checks can be made out to the ‘Lapeer County Intermediate School District’ and sent to Dale Moore, c/o Lapeer Ed Tech, 690 N. Lake Pleasant Rd., Attica, MI 48412, with a note indicating the donation is intended for the Shell Eco Marathon.