Dryden remains atop NCTL at 7-0 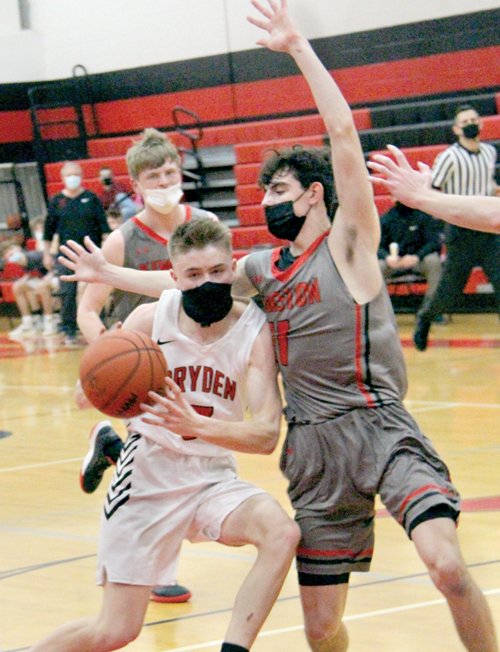 Dryden’s Jack Kaplan looks to score in an NCTL showdown with Kingston earlier this season.

DRYDEN — The Dryden varsity boys’ basketball team saw to it that they would not leave disappointed, picking up a 49-41 road victory over Kingston in a North Central Thumb League battle last Friday night.

“That was a great high school basketball game,” Dryden Coach John DelCampo commented. “The rivalry between Dryden and Kingston has been great for many years,” he noted.

“Our kids kept their composure. Kingston went on a run and took the lead in the third quarter but we came back. We really played great team defense tonight. That was the difference.”

In Friday’s battle, Dryden and Kingston ended the initial quarter with 10 points apiece.

When play resumed, Kingston bounced back with a 14-7 third quarter edge. That trimmed their deficit to 32-31 with 24 minutes gone.

Dryden then outscored Kingston 17-10 the rest of the way, good for a 49-41 victory when the final second ticked off the clock.