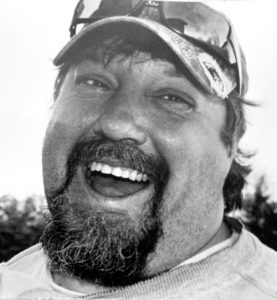 Todd Town, loving husband and father, lost his battle with cancer on March 1, 2021 at the age of 55.

A Celebration of Life will be held later this summer in Winterset, IA.

Memorials may be directed to the Winterset Community Church. Online condolences may be made to the family at www.caldwellparrish.com.

Todd was born October, 15, 1965 in Royal Oak, MI, the son of Evan Russell and Marie (Barends) Town. He graduated from Dryden High School in Michigan in 1983 and received an Associate’s degree from Baker College. He found himself to be a successful entrepreneur after all these years. He was united in marriage to Deborah Greenwood on November 30, 1991.
Todd was a faithful man and loved his family. He looked forward to everyday; enjoying spending time with family, hunting and farming.

Todd was preceded in death by his father, Russell Town.