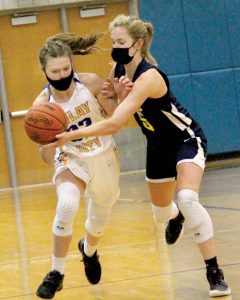 In Friday’s meeting, Imlay City opened up a commanding 24-9 advantage after one quarter was done and increased their cushion to 39-17 at halftime.

When the action resumed, Imlay City continued to distance themselves from their opposition. Bolstered by a 17-2 third quarter edge, the Spartans went ahead 56-19 with 24 minutes gone.

Imlay City then outscored Algonac 8-5 the rest of the way, preserving a 64-24 win.