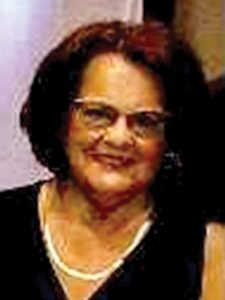 Ada Standfest, age 71 of Imlay City, went home to be with her Lord and Savior Jesus Christ Friday, November 20, 2020, at her home surrounded by her family.

Ada Esther Standfest was the daughter of John Allen Rogers and Sevart (Shanlian) Rogers. Ada was born on March 19, 1949 in Detroit MI. She grew up in the Washington/ Romeo area and attended Romeo Schools, graduating class of 1967.

Ada married her husband of 50 years on March 21, 1970 at Pilgrim’s Holiness Church in Utica, MI. Ada and her husband, Harvey, owned and operated Oak Hill & Lighthouse Adult Foster Care homes in Imlay City and Attica for 30 years, along with several other successful local businesses. Ada had a love for all people and enjoyed the interaction her businesses gave with the community. Ada was a devoted Christian and touched many people’s hearts over the years; she will be missed by all who knew her.

Ada was preceded by her parents, John Rogers and Sevart (Shanlian) Rogers.

All are invited to join the family for a luncheon following the service at The Bells Event Center in Almont, MI.

The family will be available for visitation 10-11 a.m., Friday, March 19 at Orchard Community Church.

Please be sure to sign the online register at muirbrothersfh.com to share condolences and memories with the Standfest family.