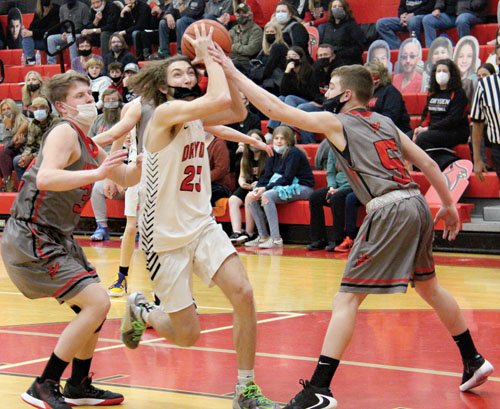 Nate Schenkel, of Dryden, takes the ball to the basket during a NCTL clash with Kingston last Friday. Dryden won the showdown.

In Friday’s showdown, Dryden charged out to a 15-9 advantage after one quarter was done.

When the action resumed, Dryden struck with an 18-15 third quarter edge. That left them up 43-36 with 24 minutes elapsed.

Dryden then outscored Kingston 21-15 from that point on, assuring themselves of a 64-51 win at night’s end.