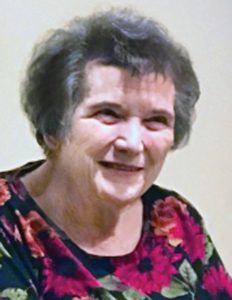 Barb was a woman with a great sense of humor, strong convictions, and a ‘lead or get out of the way’ attitude. She loved her family and was a proud and attentive grandmother to all her grandchildren. She strongly believed in contributing to her community and served others as a member of the Lapeer County Library Board, the Lapeer County Ambulance Board, and the Goodland Township Board. She was also elected to many terms of the Imlay City School Board and was Imlay City’s representative to the Lapeer County Intermediate School District Board. She believed strongly in the power of a good education and encouraged others to pursue their dreams through education and hard work. She and her husband, Ted, operated a dairy farm in Goodland Township for many years.

Barb’s family would like to thank and express sincere gratitude to the staff at Suncrest for the kind and loving care provided to both Barbara and Ted.

In lieu of flowers, the family asks that memorial contributions be sent in her name to Suncrest Auxiliary, 1455 Suncrest Drive, Lapeer, MI 48446.

The family will be available for a memorial gathering on March 11 from 2-5 p.m. at Muir Brothers Funeral Home in Lapeer. Burial will take place at Mt. Loretto Catholic Cemetery in Lapeer.