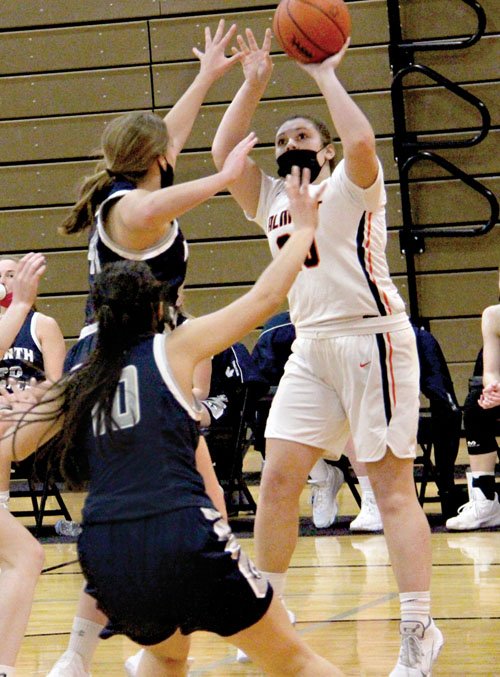 Sarah Hall, of Almont, fires up a shot in traffic during a recent BWAC confrontation.

In Friday’s meeting, Almont and Cros-Lex ended the initial quarter with 11 points each.

The next two quarters saw Almont amass 24 total points, while holding Cros-Lex to 18. That made it 35-29, Almont, with 24 minutes gone.

Almont then outscored Cros-Lex 17-7 the rest of the way, assuring themselves of a 52-36 win at night’s end.