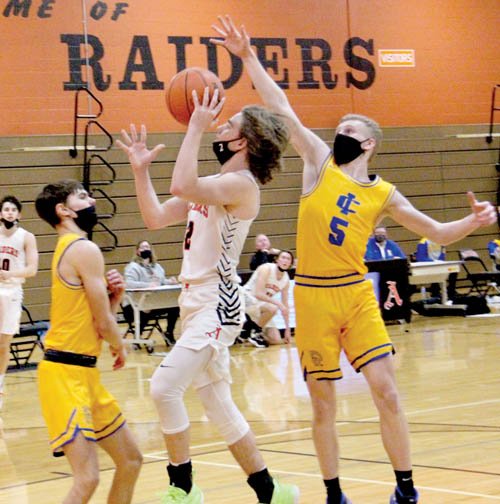 In Wednesday’s confrontation, Almont and Imlay City ended the opening quarter with 12 points each.

When the action resumed, Almont struck with a 19-15 third quarter edge. That left them holding a 48-42 advantage with 24 minutes gone.

For Imlay City, Will Tolley and Raymond Liu (12 points, featuring a pair of treys, apiece) proved their toughest players to stop. They were backed by Beau Hund (nine points, with a triple), Parker Lewis (seven), Zack Dingwell and Andrew Badder (six, including a pair of trifectas, each) Holden Redd (five, with a triple), Chris Cezik (four) plus Josh Hayes and Dominic Ljuljdjuraj (two apiece).