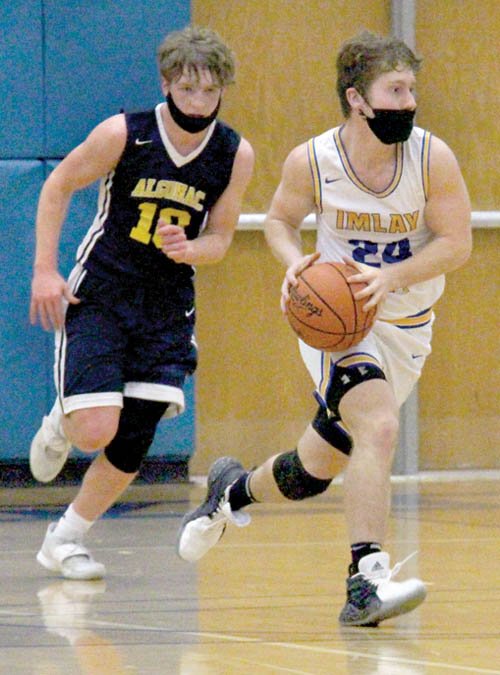 With the outcome, Imlay City improves to 4-3 overall and 2-2 as far as BWAC clashes are concerned.

In Monday’s meeting, Imlay City bolted out to a 22-7 advantage after one quarter was done and widened the gap to 40-20 at halftime.

Quarter three would see Imlay City continue to pull away. Aided by a 19-6 third quarter edge, the Spartans opened up a 59-26 cushion with 24 minutes gone.

Parker Lewis (21 points, including three trifectas) proved Imlay City’s toughest player to stop. He was given assistance in the scoring department by Holden Redd (nine points, featuring a trey), Will Tolley (seven, with a triple), Dominic Ljuljdjuraj (seven), Andrew Badder (six), Raymond Liu (five, including a trifecta), Dean Aune, Zack Dingwell and Beau Hund (four each) along with Josh Hayes and Chris Cezik (one apiece).