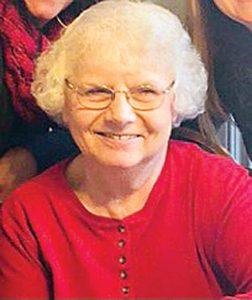 Barbara Powers, 75, of Imlay City, died Tuesday, February 16, 2021 at McLaren Flint Region Medical Center. Barbara Ann Jamison was born January 13, 1946 in Lapeer, MI. She was the daughter of the late Roy Jamison and the late Ila (Gottschalk) Schiffelbine. Barbara’s dad, Roy, died during WWII, so she was raised by the only dad she ever knew, her mother’s second husband, Bill Schiffelbine. Barbara grew up in Capac. She was a graduate of Capac High School, Class of 1964. Barbara has lived most of her life in the Imlay City, MI area. She and Harry Powers have been together for the past 31 years.

For many years, Barb was the manager of Powers Farm Market in Imlay City. Prior to that, she had been a homemaker and later employed at Ender’s Flowers in Capac and as a tax preparer. Barbara loved her family and grandchildren with all of her heart! She was so proud of each of them and their life’s accomplishments. She was a true bragging Grandma and loved so much by all!

Barbara was preceded in death by her father, Roy Jamison; her mother, Ila (Bill) Schiffelbine; her daughter, Jennifer (Mark) Cheney and a brother, Bob (Janet) Jamison.

Please be sure to sign the online register at muirbrothersfh.com to share condolences and memories with the Powers family.

Those wishing to make memorial contributions may direct them to the Powers family as scholarships for Barbara’s beloved grandchildren.