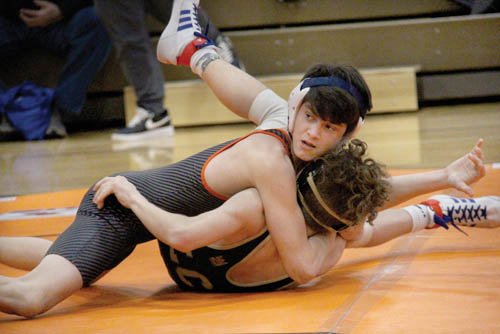 Almont’s Dallas Stanton looks to the sideline for advice during his match versus L’Anse Creuse North last Saturday.

ALMONT — The Almont wrestling team opened their 2021 campaign with a 2-1 showing at home last Saturday.

Almont started things off with a 57-18 loss to Richmond. That was followed by a 48-30 win against Livonia Clarenceville and a 48-29 victory over L’Anse Creuse North.