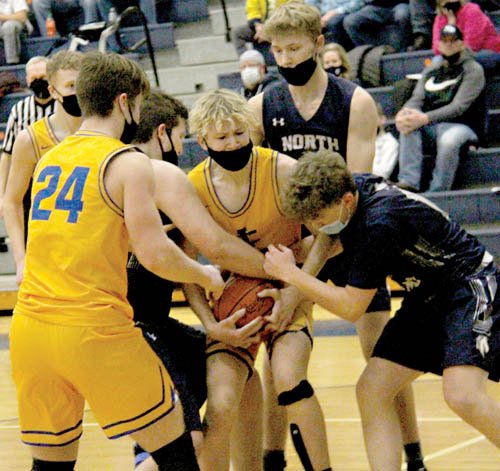 With the decision, Imlay City moves to 2-1 overall and 1-0 versus BWAC rivals.

In Friday’s game, Imlay City charged out to a 22-12 advantage after one quarter was over with and widened the gap to 40-18 at the halftime break.

When the action resumed, North Branch bounced back with a 12-4 third quarter edge to close the gap to 44-30.