Middle School to be sold through bid

CAPAC — The terms and wording of a two-party sale agreement for the Capac Middle School were finalized by the school board at a special meeting held February 3. Last month, Capac village council members gave their blessing to the document drafted by the Fletcher Fealko Shoudy & Francis law firm. With those formalities complete, the district can begin actively seeking bids for the school.

Supt. Jeff Terpenning said the district will use the services of their law firm rather than contract with a realtor going forward. Informational packets about the building and property will be created and distributed. 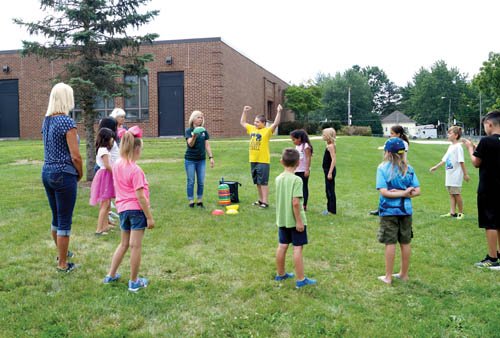 Since being vacated, the Capac Middle School has been used for summer programming, seen here, and housed robotics team activities.

“We’ll use a bid process for the sale,” Terpenning said, noting that the district plans to take more than just price into consideration when that time comes.

Terpenning said he has already given tours of the building to prospective buyers and is open to doing the same for anyone else interested in the historic school built in the 1930s.

The former Middle School has been mostly vacant since middle schools classes were moved to the elementary and high schools in 2016 as part of a reorganization plan. Summer programming has been facilitated there and local robotics teams have been using office and gym space as well.

The village council voted in 2019 to begin proceedings to sell the building. An appraisal of the building and property was completed in late 2019.

•the board approved extending a COVID-19 leave policy for staff members that had expired at the end of 2020.