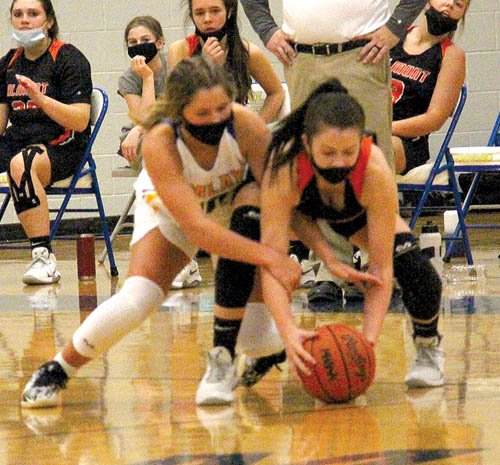 In Monday’s confrontation, Imlay City took a 10-8 edge after one quarter was complete.

Imlay City followed it up with a 12-9 second quarter advantage, pushing their cushion to 22-17 at the half.

When the action resumed, Imlay City struck with 12-7 third quarter edge. That left them up 34-24 with 24 minutes gone.

Imlay City then outscored Almont 18-6 the rest of the way, pulling out a 52-30 victory.