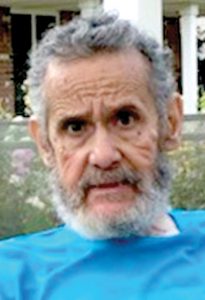 Cosme Carmona, 68, of Imlay City, died Wednesday, February 3, 2021 at Marlette United Hospice of Marlette, MI. Cosme Carmona was born November 21, 1952 in Detroit, MI. He was the son of the late Noe and the late Angelina (Dominguez) Carmona. Cosme grew up and attended school in Detroit, MI. He lived in Almont and North Branch, MI for periods of time and then moved to Imlay City 27 years ago.

He was employed as an assembly line worker for Rubber Enterprises in Romeo, MI, making brake pads. Cosme was employed by several companies throughout his life: Connecticut Valley in Detroit, MI, JP Delivery in Dearborn, MI, and Solex Motor Bikes in Detroit, MI.

He was preceded in death by his parents, Noe and Angelina Carmona; brother, Noe Carmona; and his nephew, David Trupiano.

Please be sure to sign the online register at muirbrothersfh.com to share condolences and memories with the Carmona and Trupiano family.