Full cessation of operations is expected by mid-June

CAPAC — Another round of employee terminations is taking place at the Keihin Michigan Manufacturing (KMM) plant in Capac.

The terminations at the plant at 14898 Koehn Rd. are consistent with previous actions taken as part of Keihin’s staged complete cessation of operations by mid-2021.

The terminations are scheduled to occur on March 19, 2021, or within the 13-day period immediately following that date. 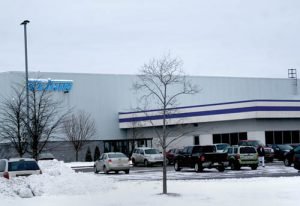 Although the Keihin Michigan Manufacturing plant in Capac is scheduled to be shut down permanently in mid-June, a few dozen vehicles could be seen in the parking lot on Monday morning.

Additional terminations are expected to take place between April 2, 2021, and the complete cessation of operations, scheduled in June.

Additional termination notices will be announced at least 60 days ahead of their effective dates to be provided when the final schedule has been determined.

As a matter of note, none of the affected employees will have “bumping rights.”

The plant’s first round of employment terminations, including three material handlers and one member of the plant’s technical staff, was announced on Nov. 20, 2020.

On Feb. 4, 2020, KMM management announced that the Capac plant was slated to close in one year, effective February 2021.

The decision to close followed a 2019 merger of Honda Motor Co. and Hitachi Ltd., which combined their affiliates, but left Hitachi with ownership of two-thirds of the entity.

Some viewed the merger as part of a global wave of new partnerships related to shifts in the marketplace due to the industry’s increasing focus on manufacturing electronic and autonomous vehicles.

KMM had been in operation in Capac since 2008; initially making intake manifolds and HVAC systems for popular Honda models, including the Civic and Accord.