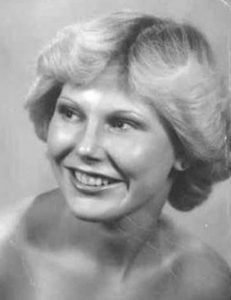 Jean-Marie (Brown) Shene, 60 years old, of Imlay City, MI, passed away peacefully on January 29, 2021 at her home surrounded by her loving family. Jean-Marie is the loving daughter, beloved sister, devoted mother, caring grandmother, devout Catholic and wonderful friend to many. She was born on January 10, 1961 in Detroit, MI to proud parents Dennis and Patricia (Kane) Brown.

Jeannie was a 1979 graduate of Utica High School; she went on to pursue a medical assistant career. She graduated from Carnegie Institute in Troy, MI in 1981. She soon married Jayson Shene in 1983 and had four beautiful children. After her divorce, she remained good friends with Jayson.

Active in her children’s lives, Jeannie raised her four children in Imlay City with her mother and father. She was an instructor at Bridget’s School of Dance in Imlay City. In the late 1990s she bought the dance studio and renamed it Imlay City Studio of Dance. She continued to teach dance for several years and created the Imlay City Dance Troupe that competed nationally in several dance competitions.

Jeannie will be missed by many friends and family whose lives she touched with her kindness and beautiful soul. Even though she had many health struggles over the years, she maintained strong faith in God, possessed an eternally positive attitude, and was an inspiration to those around her. Jeannie was known to have a smile and a kind word for everyone she met.

Please be sure to sign the online register book at muirbrothersfh.com to share your memories and condolences with the Shene and Brown families.