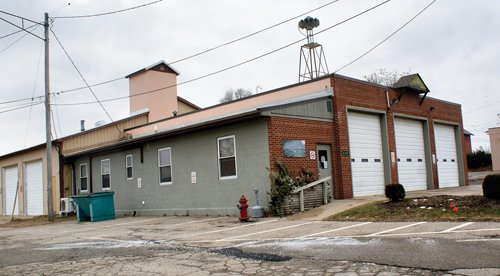 Options include year-round market or site for restaurant

After a series
of delays, the fire department moved
into its new fire hall
on E. Borland Rd. in late 2020.

Though discussion of the building’s future was on the agenda, continuing pandemic-related financial concerns stand in the way of making any definitive plans.

Imlay City DDA Director Lorrelei Natke said there is still support for rehabilitating the building and turning it into a year-round market.

“We’re still desirous of achieving that goal,” Natke said. “The building would be a perfect space for people to gather, whether it be as a market or as a place for activities or even indoor concerts in the event of inclement weather during our summer concert series at Lamb-Steele Park.

“To do some of the things we would like to do would require installing a commercial kitchen that we could rent out to vendors.”

Regardless of the city’s hopes and plans, Natke said it will take available funds to bring them to fruition.

“It’s all about having the money to do these things,” said Natke. “When we reach the point where we know what we want to do, we plan to apply for grant funding to help pay for the project.”

Mayor Joi Kempf noted there was brief discussion on Tuesday about other possible uses for the building.

One of them included the possibility of the building being utilized as a site for a restaurant.

“Restaurants potentially can draw a lot of people to an area,” Kempf said, “so that could be another option.

“Right now, everything is at a stand-still because of COVID,” she continued. “This is all just preliminary discussion. No decision
has been made made
yet regarding the building.”

Kempf said she asked fellow commissioners to think about the possibilities and other options for the building.

She expects that further discussion could take place in coming months, when more is known about the financial impact of the pandemic.