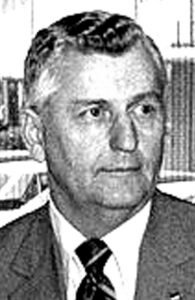 Will be laid to rest in Youngs Prairie Cemetery in Penn Township, Cassopolis, MI.