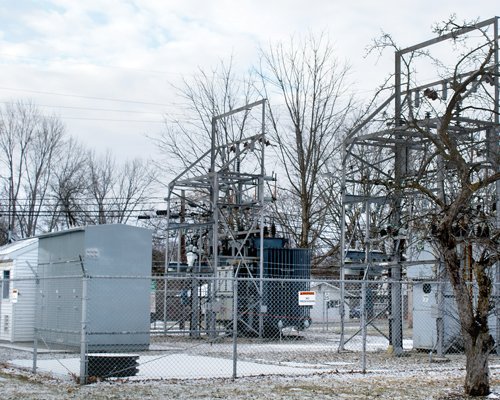 The existing DTE power station at the northwest corner of East St. Clair St. and Kidder Rd. can no longer accommodate the increased electrical demand created by the area’s growing population base.

ALMONT TWP. — Plans for proposed construction of a DTE substation at 5355 Kidder Road will be the subject of a Wednesday, Jan. 27 Zoning Board of Appeals public hearing at 5 p.m. at the Almont Township Hall.

The purpose of the public hearing is to consider zoning variances being sought by DTE Energy.

Those items subject to variances would include parking, fencing and height of the building.

Almont Township residents interested in seeing related items in advance of the public hearing may inspect such items at the Almont Township Hall, 819 N. Main St., during regular business hours from 8 a.m. to 1 p.m.

Written comments by be submitted up to the time of the meeting at the township hall.

Almont Township and Village officials have expressed interest in a new substation to accommodate increasing electrical demand and the frequency of storm-associated power outages and subsequent surges.

Recently, a post-storm power surge caused an estimated $125,000 in damages to Almont schools.

“The items DTE is requesting are all quite minor.” Bowman said. “Their approval is really more a matter of formality.

“I fully expect the ZBA will be okay with the variances they are seeking,” he continued. “Then it will move on to the township planning commission, probably in February or March.”
Bowman said it is important the project move forward as expeditiously as possible.

“I see they’ve already staked out the property there,” Bowman added. “The hope is that they get started on that project as soon as possible.”

Pending delays, Bowman hopes that construction of the substation can begin this summer, with a completion date of sometime in late 2021.