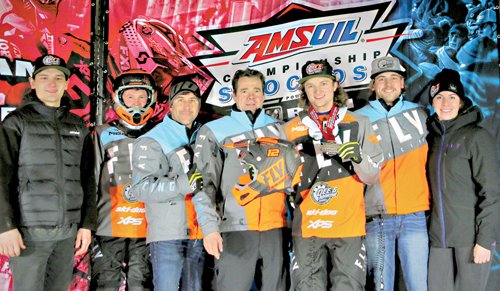 Capac’s Korbyn (second from left) and Camryn (fifth from left) Anderson excelled at a Snocross in Elk River, Minnesota recently.

It was his second podium finish at the two-day event.

The day before that saw Camryn claim a second-place finals showing.

His brother Korbyn, a 2011 Capac High School graduate, excelled over the two-day event as well.

He fared best in Friday’s action, claiming a fourth.

In addition to that, Korbyn pulled up ninth during Saturday’s finals race.

Both Camryn and Korbyn compete for Anderson Racing in the National Amsoil Championship Snocross Circuit.