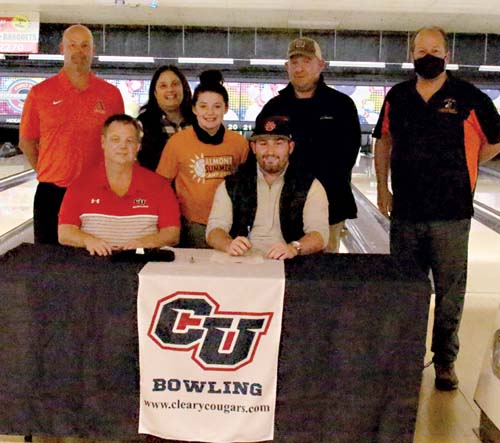 Last winter Stine attracted their attention with a 1,157 total en route to a 10th-place showing at a Division 3 individual regional.

Strikers, in Richmond, is where the action unfolded.

He then followed it up with a 974 output on the way to a 53rd at the Michigan High School Athletic Association Division 3 Singles Bowling State Championship.

Jax 60, in Jackson, is where the tournament took place.

He also helped Almont’s team claim a second during a Richmond-based Division 3 regional at Strikers as well as obtain an 11th during the the Division 3 state finals which were contested at Jax 60 in Jackson.

Stine and Almont are expected to get their 2021 campaign underway in the weeks ahead.

This will be his second year on Almont’s squad.