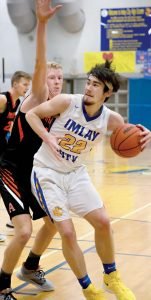 He played in 19 games for Imlay City a year ago.