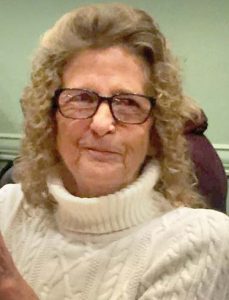 Linda Kay Turrell, 74, of Imlay City, MI died suddenly Saturday, January 2, 2021 at her home in Imlay City. Linda Kay Walker was born October 21, 1946 in Almont, MI. She was the daughter of the late Melvin Delmer and the late Mable Jane (Barnett) Walker. Linda grew up in Almont, MI and was a graduate of Almont High School, Class of 1964. Linda married Larry Charles Turrell on June 3, 1989 in Capac, MI. They have lived in the Imlay City area since 1998.

A memorial service will be planned for later in the year when family and friends can meet again and enjoy each-others’ company.

Please be sure to sign the online register at www.muirbrothersfh.com to share your memories and condolences with the Turrell family.