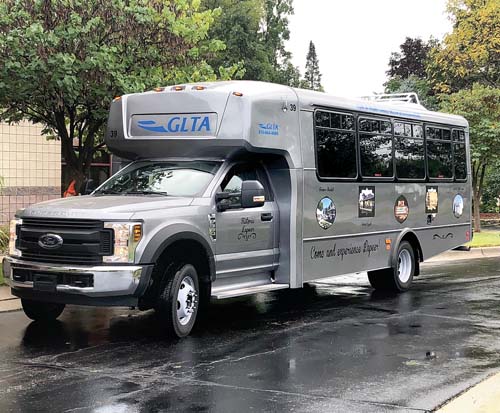 A Four County Community Foundation survey identified a lack of public transportation for residents who live in the eastern portions of Lapeer County.

LAPEER COUNTY — A recent survey conducted by the Four County Community Foundation revealed that the lack of public transportation is of significant concern to many Lapeer County residents.

4CCF Director Kathy Dickens reported that a 2019 Community Needs Assessment ranked public transportation as one of the county’s greatest needs.

“One of the frequently mentioned needs was for public transportation in the eastern portion of Lapeer County,” Dickens said. “While citizens of all ages and socio-economic status are impacted by this, it seems an issue that most critically affects our senior citizens.”

She alluded to seniors as being the group that most frequently needs access to transportation to get them to medical and other health-related appointments.

The GLTA Authority includes the City of Lapeer and townships of Deerfield, Elba, Lapeer, Mayfield and Oregon.

The survey suggested there is a shortage of public transportation services in eastern Lapeer County, which includes: the City of Imlay City, Village of Almont, along with Imlay, Almont, Attica and Goodland townships.

“While all parties agree that something needs to be done,” Dickens said, “it is the identification of solutions that will require a more collaborative effort.”

In an effort to expedite the process, Dickens said she intends to apply for a Michigan Health Endowment Grant, whose application deadline is Jan. 15, 2021.

“A concept paper was already favorably reviewed,” she said. “If approved, the grant could provide as much as $100,000 to thoroughly study the transportation shortage.”

Dickens said it is expected that the grant money would be used to hire a professional consultant, who would study the issue and help to create a plan to resolve the issue.

“This could put us in a good position to see further funding if needed,” she said.

In the meantime, Dickens said interested individuals, agencies and organizations are invited to participate in a Zoom meeting on Friday, Jan. 8, 2021 at 9 a.m.

For information and details on how to participate in the meeting, contact the Four County Community Foundation at 810-798-0909 or kdickens@4ccf.org.