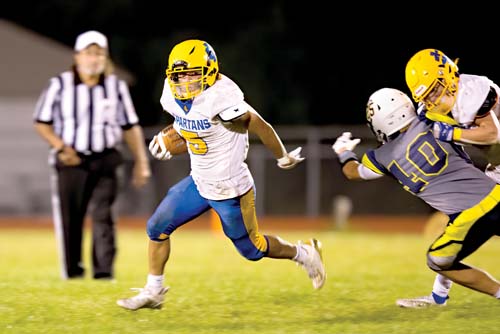 Cristian Rojas, of Imlay City, looks to pick up a first down in a game last fall. Photo by Rod Soule

TRI-CITY AREA — The following athletes were named to the All-Blue Water Area football team for big schools which was announced recently:

Special Teams- Port Huron’s Ian Mitchell was honored as a kicker/punter, while Yale’s Jake Wilson was recognized as a kick and punt returner.