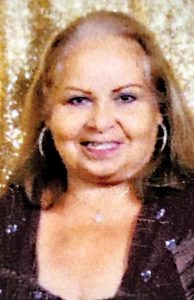 Rosa Martinez, age 65, of Imlay City, died Thursday, December 24, 2020 at McLaren Lapeer Region Hospital of Lapeer, MI. Rosa Guerrero was born January 8, 1955 in Winter Haven, FL. She was the daughter of the late Modesto and the late Joyce (Ramirez) Guerrero. Rosa grew up in the Imlay City area. She was a graduate of Imlay City High School, Class of 1973.

She was employed as a food processor by Vlasic Foods for 44 years before retiring.

Rosa enjoyed going to thrift shops, shopping garage sales, caring for her parents, and visiting and sharing time with family.

Rosa was recently preceded in death by her parents, Modesto and Joyce Guerrero.

Cremation has taken place. A memorial is being planned for a later date.

Please be sure to sign the online register at muirbrothersfh.com to share condolences with the Martinez family.