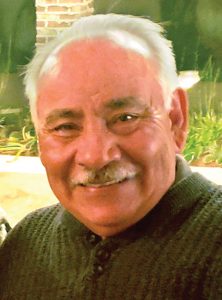 Isiah “Chuck” Ramirez, age 69, of Imlay City died Friday, December 25, 2020 at McLaren Lapeer Region of Lapeer, MI. Isiah Peter Ramirez was born January 3, 1951 in Imlay City. He was the son of the late Jose and the late Trinidad (Ortiz) Ramirez. Chuck grew up and lived most of his life in Imlay City. He was a graduate of Imlay City High School, Class of 1970. He married Diane Roza Katt on May 27, 1988 in Lapeer. They have been together for 39 years.

Chuck lived his life to the fullest and devoted his time to his family, which was always his first priority. He was a man of many talents and loved to watch and play several sports. From being a drummer in a band, baseball player and devoted Detroit Tigers fan, tennis, golf, and gardening, he embraced it all and taught his children to try new things. Chuck was retired from General Motors – Truck & Bus in 2008 after 31.4 years of service and continued to work part time with family. He set an example to all of us to always work hard, stay humble, show appreciation and put family first. Chuck was kind, generous, and loved to laugh with his family. He enjoyed spending time with all his children and especially his grandchildren who meant the world to him.

Chuck was preceded in death by his parents: Jose and Trinidad Ramirez; his sisters, Joyce, Esther, Lupe, Eva and Connie; and his brothers, Samuel, Joseph and Daniel.

A memorial is being planned for a later date.

Please be sure to sign the online register at muirbrothersfh.com to share condolences and memories with the Ramirez family.