An honor to serve

Kempf concludes 20 years on county board

IMLAY CITY — Ian Kempf’s 20 years serving as a Lapeer County commissioner came to a conclusion on December 17 when the board met for the last time in 2020.

His fellow commissioners read and approved a resolution in honor of Kempf’s two decades as a public servant. Since 2000, he’s represented Almont, Imlay City and the townships of Almont and Imlay in county matters. 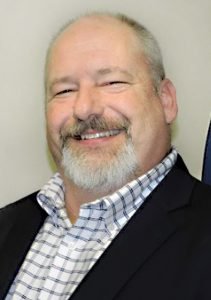 Kempf was first elected in 2000 and served as the board’s vice chair for the past two years.

“It was truly an honor and privilege to serve as county commissioner for District 7,” Kempf said in an Dec. 23 interview.

“I can’t say it enough—it’s been an absolutely wonderful experience and I appreciate that I was given that opportunity.”

Kempf, a Republican, chose to not seek re-election earlier this year. His successor will be Bryan Zender, also a Republican, who was the winner of a two-way contest in the August primary.

Kempf made a run at becoming Lapeer County’s next drain commissioner but incumbent Joe Suma fended off his challenge.

He’ll continue working as manager of the Eastern Michigan State Fairgrounds and plans to expand his involvement in the fair industry.

With more time on his hands, Kempf hopes to be able to travel and, if pandemic restrictions are lifted in time, his intent is to visit the World’s Fair in Dubai in the fall of 2021.

Kempf said those 20 years on the board flew by.

“When you do something you really enjoy, time flies and it certainly did for me,” he said.

“The job was always interesting. There was always the next issue or next budget to tackle.”

The most rewarding part of the job was helping people through processes or issues, he said.

“Trying to always stand up for the folks you’re elected to represent is a serious thing and should never be taken lightly and I hope that I did that,” he said.

One of the most notable events from his time on the board would be the county’s handling of the Great Recession and the need to downsize staff and services.

“We had some wonderful leadership in our county administration and finance department and we were able to go from 400 to 300 employees with virtually no layoffs. It was done basically all through attrition. That’s notable because a lot of other counties had massive layoffs and that’s so hard on families,” he said.

He credits county leaders and the board for being flexible and working with employee unions to endure that challenging period of time.

“It all happened over a period of about seven years. It was not a one shot in the arm sort of fix,” he said.

Since then Kempf believes the county has continued to provide quality services to residents.

“And we’ve done it by maintaining one of the lowest county tax rates in the state of Michigan. That’s a credit to the leadership and employees,” he said.

The resolution adopted in his honor noted the various subcommittees Kempf has served on and praised him for being “a commissioner who thinks outside of the box, coming up with unique solutions to county concerns (and) always has a story to tell that puts a smile in your face.”

For the past two years, Kempf served as the board’s vice-chairperson.

Lapeer County is currently standing at a crossroads of sorts. Earlier this month the commission voted to make Quentin Bishop their new administrator/controller. Cuts in state revenues due to the pandemic has county leaders anticipating they’ll see fewer dollars coming from Lansing.

Kempf believes the county is fiscally sound but acknowledges that their budgets are highly dependent on what decisions state leaders make.

“Everyone’s kind of waiting for that shoe to drop but the county has taken some steps for when that time comes,” he said.

Kempf is confident that his successor and friend will do a “fantastic job” as the next District 7 representative.

“We’ve talked about the county commission for the last 20 years just like any friends talk about their jobs,” he said.

“He’s coming in to this position with a better understanding than someone who is just brand new. I wish Bryan and the board the best of luck moving forward.”