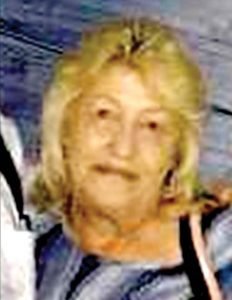 JoAnne Holden, age 73, of Attica, MI died Wednesday, December 16, 2020 at her home surrounded by her loving family. JoAnne Kaiser was born February 1, 1947 in Millstone, KY. She was the daughter of the late Raymond and the late Juanita (Collins) Kaiser. JoAnne grew up in Kentucky until she moved to Romulus, MI at the age of 11. She was a high school graduate and continued her education at Dorsey Business School. JoAnne has lived in Attica for the past 11-12 years. She married James Ronnie Holden on February 12, 1993 in Toledo, OH.

She was mostly a homemaker, raising her family. For several years JoAnne had been employed in management for Montgomery Wards and had prepared taxes at H&R Block.

She was preceded in death by her grandson, Ronald Vance.

Please be sure to sign the online register at muirbrothersfh.com to share condolences and memories with the Holden family.