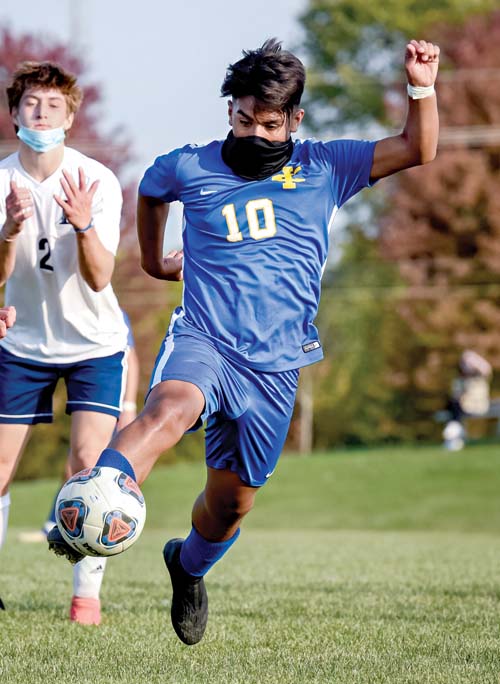 Imlay City’s Sergio Galeana boots the ball to a teammate during a matchup this past fall. Photo by StudioE Photography

Sophomore midfielder Edson Zepeda, who finished with two goals and two assists was the other Imlay City performer named with the state’s best players. Zepeda was an honorable mention selection.

With their assistance, Imlay City won a Division 2 district championship and reached the regional title game.

They are joined on the squad by: