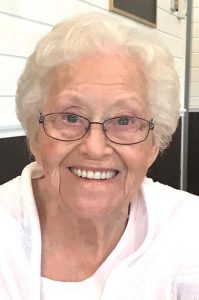 Gwen was a member of St. Paul’s Lutheran Church in Lapeer.