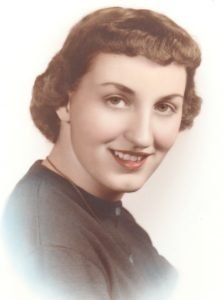 Violet Evon Ward, age 81, of Mio, MI passed away Tuesday December 1, 2020 at her home with her children by her side.

Violet was born in Centerline, MI on January 30, 1939, the daughter of the late Florence (Weeden) McNally and Lawrence McNally.

She married the late James A. “Squeek” Ward Sr. on August 25, 1956. She was a retired school bus driver from Almont Community Schools where she lived raising her children, then moved to Mio, MI and retired from the Oscoda County Library after 17 years. She was active in many things after retirement including her church, county park board and Council on Aging.

In accordance with her wishes, cremation has taken place, no funeral or memorial services are planned. Her ashes will be placed with her husband, James Ward Sr., at Great Lakes Military Cemetery in Holly, MI at a private family ceremony at a later date.