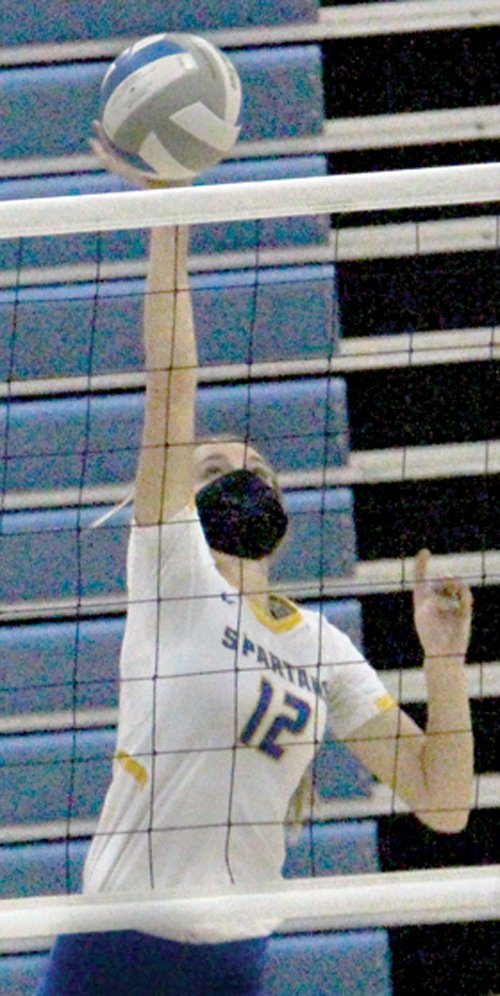 Emma Sellers, of Imlay City, sends a shot across the net this fall.

Sellers garnered their attention with a fall campaign which saw her generate 112 kills.

The 5-10 middle hitter also contributed 125 digs, registered a serve receive percentage of 92 and served at an 86 percent clip, including 18 ace serves.

This was her third season on Imlay City’s varsity.

In addition to that, Sellers earned a spot on the All-Blue Water Area Conference second team lineup.