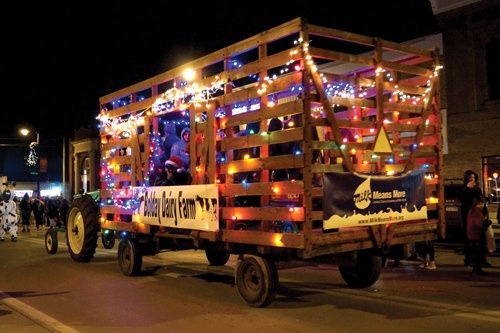 CAPAC — The Chamber of Commerce has finalized their Cranberry Christmas plans.

The parade will travel from Main and Park streets and travel south down Main Street. Organizers said that length of the route should allow attendees to remain socially distant.

No candy will be thrown during the parade but the Chamber plans to hand out treat bags for children in advance of the event.

“Santa and Mrs. Claus will be at the end of the parade and will light the Christmas tree,” the Chamber said in their announcement.

As is tradition, Santa will flip the switch to light up the large tree at the corner of Main and Mill streets.

In lieu of visits with Santa, the Chamber invites children to put their letters to Santa in a special mailbox outside of the post office on W. Mill St. Those who would like a return letter from Santa are asked to include a mailing address.

“We are trying very hard to bring some ‘normal’ to this Christmas event,” the board said.

Previously, Chamber organizers had said they wanted to host a holiday event but stated that many of the traditional Cranberry Christmas attractions would have to be scaled back or eliminated due to the pandemic and health concerns.