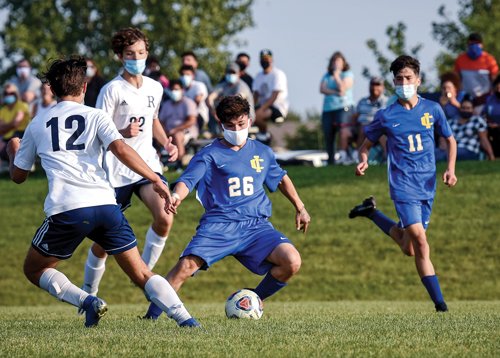 In addition to the good financial developments, the board also took action to amend the budget to account for $33,000 less in revenues from athletic admissions in the remaining school year. File photo by StudioE Photography

IMLAY CITY — A better than expected financial situation has resulted in a pay raise for school district employees.

Last month the school board authorized budget amendments that gave all staff a two percent wage increase. They also took action to set aside $730,000 to offset future funding cuts.

Those and other budgetary changes were made possible by a combination of factors including state funding cuts that didn’t materialize plus new federal dollars in the form of COVID-19 grants.

When the board approved the 2020-21 school year budget back in June, they anticipated dollars coming from Lansing would be slashed by $770 per pupil but that didn’t happen. Instead the state gave all districts an extra $65 per pupil and, as a result, Imlay City Schools has $1.62 million more dollars than expected. Another big boost to their bottom line was more than $946,000 in federal pandemic grants.

“We approached this as a two-year plan,” said Director of Business Amy Swantek, referring to the decision to set aside dollars.

“We wanted to make sure that when the federal money goes away we’re still able to maintain operations for the district. We haven’t budgeted for any additional federal revenues.”

As it stands, Swantek projects Imlay City’s fund balance will stand at $2.58 million dollars as of June 2021, putting it within the range recommended by their auditors.

“We feel confident that by setting aside that money for next year, we would still be able to end next year with a 12 percent fund balance,” Swantek said.

November budget amendments also reflect some significant loss of revenues due to the pandemic and related closures and restrictions.

Imlay City Schools anticipates they’ll see $125,500 fewer dollars in Latch Key and day care revenues this budget cycle. Those programs were closed back in March and only reopened to a limited number of families in the summer.

Revenues from athletic admissions are due to come in $33,000 less than originally budgeted. The state has limited the number of spectators at sporting events all fall and all high school contests have come to a temporary halt during a three-week “pause” that has grades 9-12 learning virtually from home.

A handful of staffing changes among teachers and counselors means Imlay City expects to save an additional $70,000. A separate line item among the amendments indicates they’ll save more than $57,000 this budget by having combined the athletic director and Middle School dean of students positions into one.

The two percent wage increase plus step increases for staff amounts to $426,000.

The teacher’s increase is retroactive to August 18 and July 1 for all other staff.

Back in June, the district reached one-year agreements with union represented and non-represented groups that called for no wage hikes but with clauses that allowed for those negotiations to reopen if the financial situation improved.

In June, the board took action to layoff three teachers and make the Middle School’s counseling position part-time. Swantek said the district opted to use some of their COVID-19 grant funding to make that position full-time again. Grant dollars were also used to hire an English language learner teacher position and purchase personal protective equipment and other technology for virtual learning purposes.