Vacant lot to get new life as a pocket park

CAPAC — A pocket park could soon be in the works for downtown Capac.

At their Nov. 16 meeting, the village council voted unanimously to turn the vacant corner lot at Main and Church streets into a pocket park using existing park budget funds. 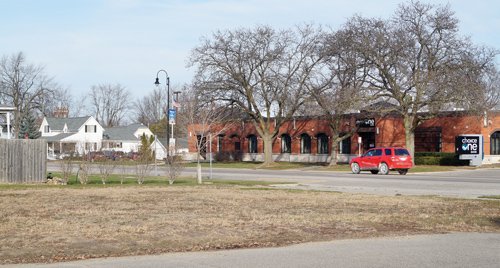 The northwest corner of Main and Church streets has been vacant since Capac’s DDA had an abandoned gas station demolished several years ago.

“There’s no real business opportunity there due to a lack of parking,” Grzyb said said of the former site of a Citgo gas station that’s since been demolished.

He noted the prevalence of pocket parks in other neighboring downtowns and believes the village wouldn’t have to spend a lot to transform it into something usable and more visually appealing. Placing benches and a gazebo in the area was mentioned as a possible option. Earlier this year the council purchased and installed a gazebo at their Whistle Stop Park at a cost of $5,000.

In recent years the lot has been utilized for Chamber of Commerce events like a sand volleyball tournament during the Capac Days Summer Festival and as a Christmas tree sales lot during a past Cranberry Christmas.

The Citgo gas station was abandoned by it’s owners and the property went into tax foreclosure in 2016. Several years prior, the downtown business was deemed structurally unsound after a tanker, making a delivery to the station, struck the building. The owners walked away from the property and hadn’t paid the taxes since 2013.

At the urging of Capac’s Downtown Development Authority, the council took action to purchase the property at 201 N. Main Street from St. Clair County in 2016 for more than $9,700.

The DDA then led the efforts to clean up and rehabilitate the site which included demolition of the building and canopy; removal and disposal of two underground tanks and related equipment plus backfilling the site with sand.

Like other St. Clair County municipalities, the village receives a millage disbursement from the county every year based on its population numbers.

Grzyb said their parks fund currently has more than $30,000.