Kautz, Hellebuyck are honored by coaches 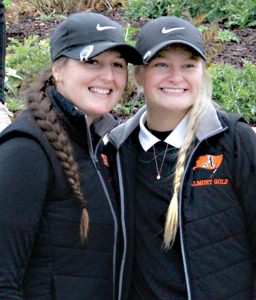 Senior Brandi Kautz, who tied for fifth medalist honors at the state finals, was a first team selection.

In addition to that, Kautz also earned Academic All-State accolades. She posted a grade point of 3.85 or above to secure that accomplishment.

Senior Jesse Hellebuyck, who finished 11th at the state finals, was the other Almont player recognized. Hellebuyck landed a spot on the honorable mention portion of the Division 4 All-State lineup.

Kautz and Hellebuyck are joined on the squad by: