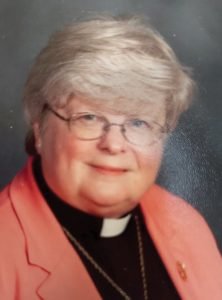 Reverend Joyce Johnston, 75, of Brown City, MI died Thursday, November 5, 2020 at McLaren Lapeer Region Hospital of Lapeer, MI. Joyce Ann Plassman was born August 5, 1945 in Deshler, OH. She was the daughter of the late Eldor and the late Marie (Loudon) Plassman. Joyce grew up in Deshler, OH. She was a graduate of Deshler High School, Class of 1963. Joyce continued her education at Capital University in Bexley, OH and earned her Bachelor of Science in Math and Education.

Joyce was preceded in death by her parents, Eldor and Marie Plassman.

Please be sure to sign the online register at muirbrothersfh.com to share condolences and memories with the Johnston Family.

Those wishing to make memorial contributions may direct them to the St. Paul’s Lutheran Church of Imlay City or Lapeer County Concert Choir in Joyce Johnston’s memory.