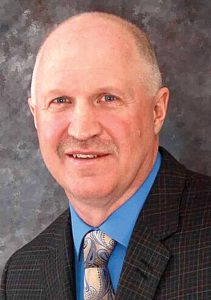 James Preisel, 59, of Attica, MI, died Thursday, November 5, 2020, after a hard fought battle with cancer. He passed peacefully at his home surrounded by his loving family. James Edward Preisel was born November 11, 1960, in Lapeer, MI, to the Honorable Judge Clayton Edward and the late Beulah Joann (Anderson) Preisel.

Jim was a lifelong resident of Attica and a 1979 graduate of Imlay City High School. It was in high school where he met his soulmate, Kimi Renee Shoemaker. The two wed on April 25, 1981, in Imlay City, MI. Jim and Kim would have celebrated their 40th wedding anniversary next April. They have been blessed with two children, Katelyn and Steven.

Jim served as a sergeant for the Lapeer County Sheriff’s Department with a career spanning 30 years. Aside from his day to day work in corrections at the county jail, Jim was also a lead for the Special Response Team, sniper, and firearms instructor. Jim’s career as a public servant extended beyond law enforcement. Jim proudly served on the Imlay City Board of Education for the past ten years, serving as secretary for a number of years. He also assisted his father with Preisel Farms.

Jim was a member of Woodside Bible Church where he attended the Troy campus. He sought strength in his faith which carried him through many treatments during his 5 1/2 year fight with cancer. He found comfort knowing that he was saved by the grace of God. Jim’s hobbies included hunting, fishing, and all things guns. He especially enjoyed scoping out the deer grazing in the field behind his home. His absolute favorite outdoor adventure was his Alaskan fishing trip. Jim took great pride in watching and assisting his children in their extracurricular activities as they were growing up and was looking forward to the day when he could sit in the bleachers to watch his grandchildren play sports. He enjoyed watching college softball finals annually with his daughter and spending quality time hunting and farming with his son. Most people wouldn’t know that he was also quite skilled in the culinary arts.

Jim was preceded in death by his mother, Joann Preisel.

Due to the concerns of the recent COVID-19 pandemic, social distancing (six feet), masks (worn at all times), and limited occupation of the funeral home, will be enforced.

In lieu of flowers, donations may be directed to the James Preisel Memorial Scholarship – a scholarship for Imlay City graduates pursuing a career in public service with special preference to those seeking a career in law enforcement.

Please be sure to sign the online register book at muirbrothersfh.com to share your memories and condolences with the Preisel family.