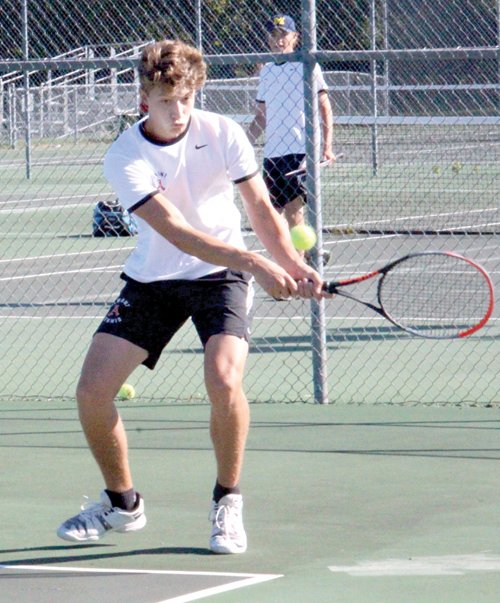 Almont’s Sam Bussone returns a shot during a match this fall.

He also participated at the Division 4 tennis number singles finals this fall.

There he was seeded seventh and bowed out with a 0-6, 2-6 quarterfinal loss to Grand Rapids West Catholic’s Andrew Solarewicz, the second seed.

Solarewicz would go on from there to earn the distinction of flight runnerup.

Bussone is joined on the squad by: