Brandon High School is where the action unfolded.

With the result, Imlay City sees a 13-2 season reach an endpoint. 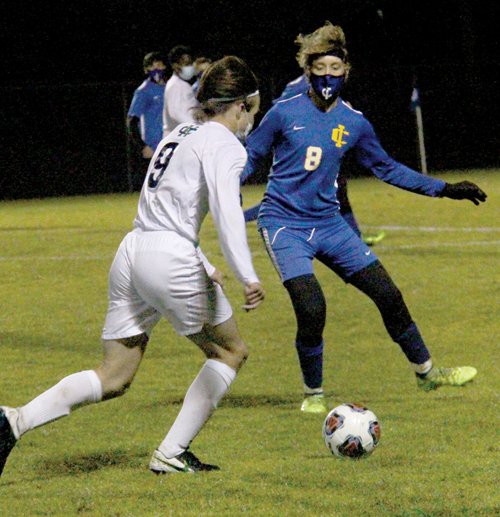 “We had a very good season and finished as BWAC and district champions. With a team full of sophomores we are hoping to get back next season ready to go and show that this team is ready for bigger things.”

For most of the opening half, Imlay City held their own pitted against the heavily favored Bloomfield Hills Cranbrook squad.

Through the opening 33 minutes of play, Imlay City and Bloomfield Hills Cranbrook were scoreless.

Then, with 6:20 showing on the first half clock, Bloomfield Hills Cranbrook grabbed a 1-0 edge.

They would add two more goals over the next six-minutes plus, good for a 3-0 halftime edge.

When play resumed, Bloomfield Hills Cranbrook continued to pull away. Aided by a 3-0 advantage over the next 17 minutes-plus, they widened the gap to 6-0 with a little more than 22 minutes remaining.

Imlay City would then notch the next goal, closing the gap to 6-1. However, that would prove as close as the Spartans got.

Bloomfield Hills Cranbrook would outscore Imlay City 1-0 from that point on, putting the finishing touches on a 7-1 win.

Christopher Nava went the distance in net for Imlay City. He was credited with 12 saves.